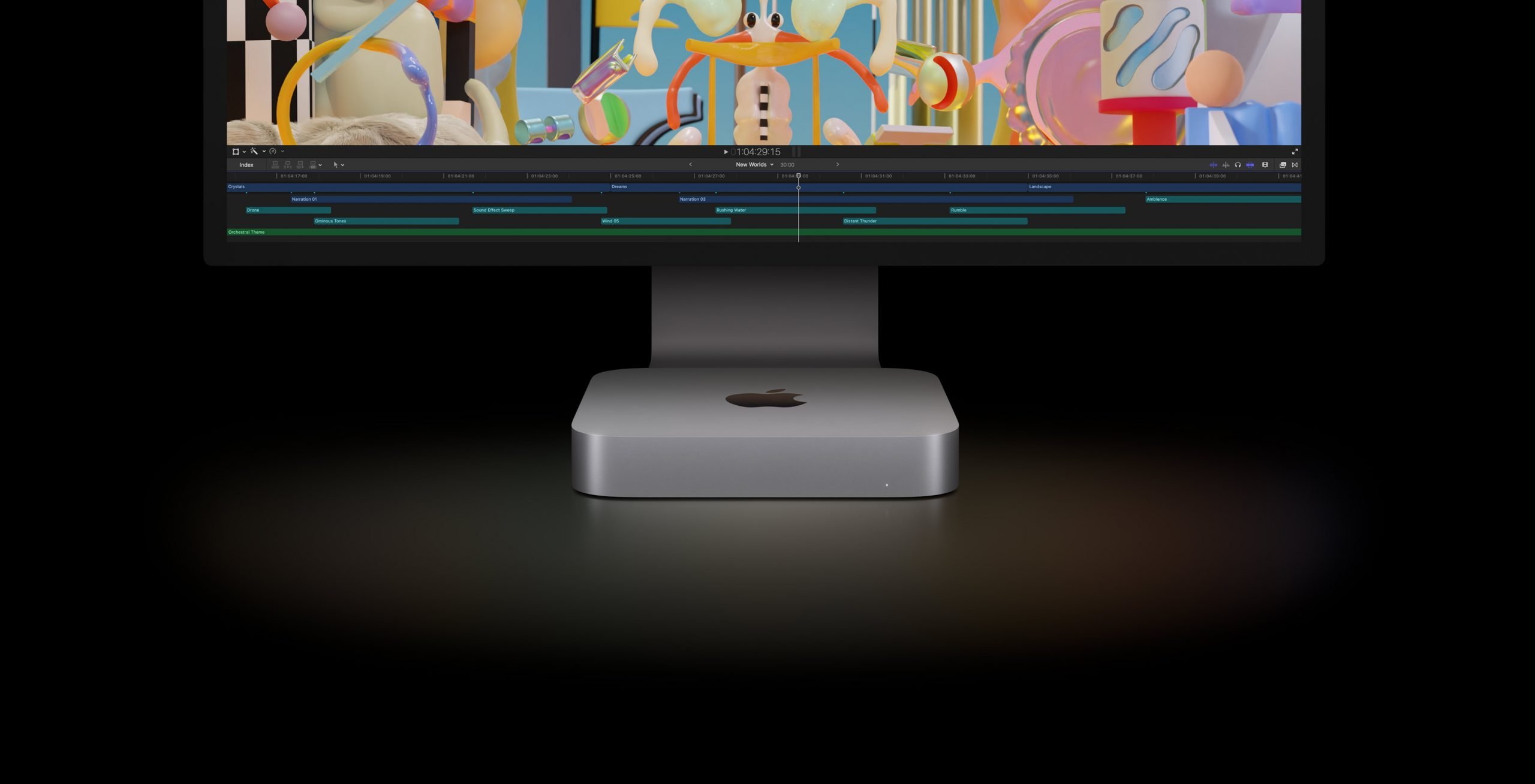 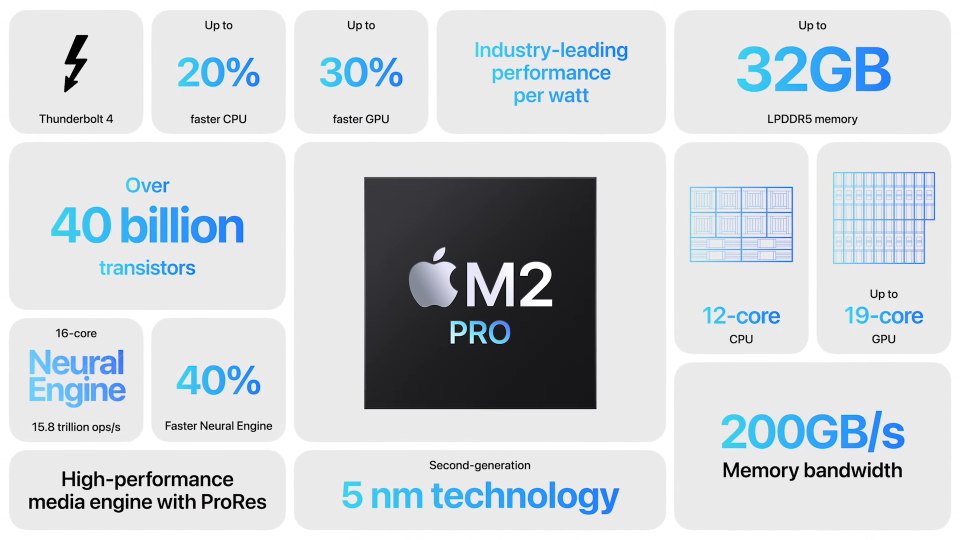 Apple has released two new M2 chips, the M2 Pro and M2 Max. They have announced a new Mac mini using the M2 or M2 Pro chips. In addition, they have announced new 14-inch and 16-inch MacBook Pro laptop models powered by the new M2 Pro or M2 Max chips.

Apple has announced its newest developments in silicon technology with the release of two next-generation SoCs (Systems on a Chip), the M2 Pro and M2 Max. These chips boast increased power efficiency and performance, as well as improved graphics capabilities when compared to their predecessors. This marks a major milestone for Apple’s hardware development, enabling further innovation in their product offerings.

The new chips are featuring 12-core CPU and 19-core GPU options, the chip boasts a maximum of 32GB of fast unified memory. Built using cutting-edge 5-nanometer process technology, it contains 40 billion transistors – 20% more than the M1 Pro and twice as many used in the M2 chip. This major step forward in hardware development promises even greater power efficiency and performance to Apple users.

The M2 Pro is the latest from Apple’s arsenal of powerful processors, featuring 200GB/s of unified memory bandwidth, double that of previous models. It also offers up to 32GB of low-latency unified memory, along with a 10- or 12-core CPU containing eight high-performance cores and four high-efficiency cores. This allows for multithreaded CPU performance that is up to 20% faster than the 10-core processor in the M1 Pro. In addition, it can handle tasks such as Adobe Photoshop 40% quicker than an M1 pro and 80% quicker than the fastest Intel MacBook Pro. Compiling in Xcode takes 2.5x less time on the M2 Pro compared to the fastest Intel MacBook Pro.

The new M2 Pro has a GPU that can be configured with up to 19 cores – three more than the M1 Pro – and includes a larger L2 cache for increased speed and efficiency. Apple claims that the graphics are up to 30% faster than their predecessors, resulting in improved image processing performance and even console-quality gaming experiences. 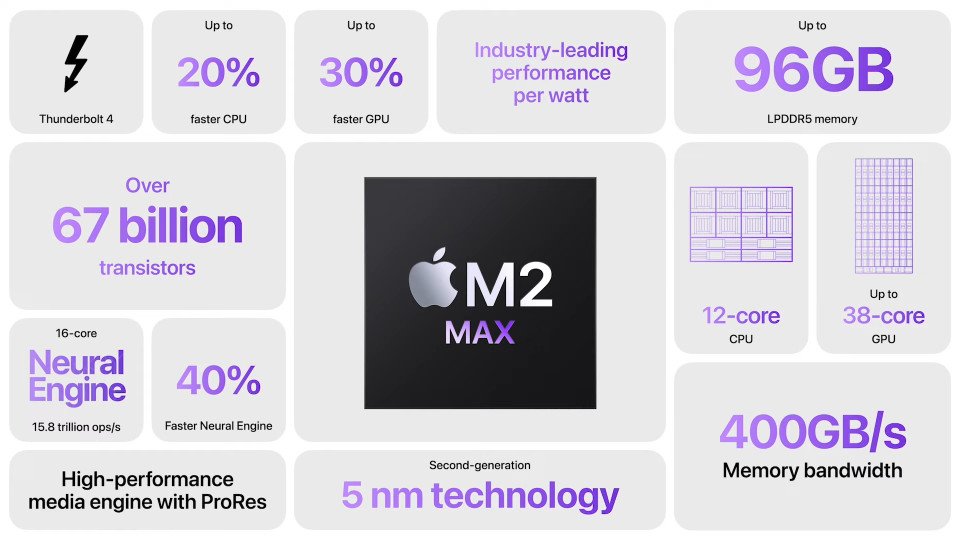 The M2 Max builds upon the capabilities of the M2 Pro, containing an up to 38-core GPU, twice the unified memory bandwidth, and 96GB of unified memory. Packed with 67 billion transistors, 10 billion more than the M1 Max and three times that of the M2, this processor has been designed to push the performance and capabilities of Apple silicon even further. 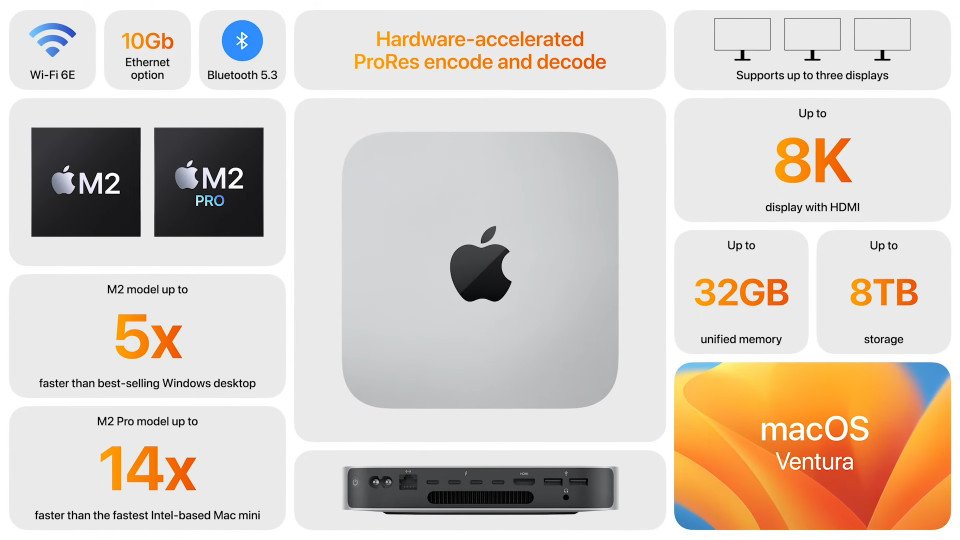 The M2 Pro chip is specially designed to give Mac mini pro-level performance, making it possible to run workflows not previously achievable with such a small system. Furthermore, this advanced processor offers faster performance and an even larger unified memory size. Plus, up to three displays can be supported with the M2 Pro model and up to two displays on the M2 model.

The Enhanced Ports and Connectivity of the M2 Pro Mac mini

The M2 Pro Mac mini features an extra two Thunderbolt ports, for a total of four. The M2 model’s port selection is the same as what the M1 version had to offer, including Gigabit Ethernet (with 10Gig upgrades available), two Thunderbolt 4 ports, HDMI, two USB-A ports, and a headphone jack. Additionally, the wireless connectivity has been boosted with Wi-Fi 6E and Bluetooth 5.3 upgrades. 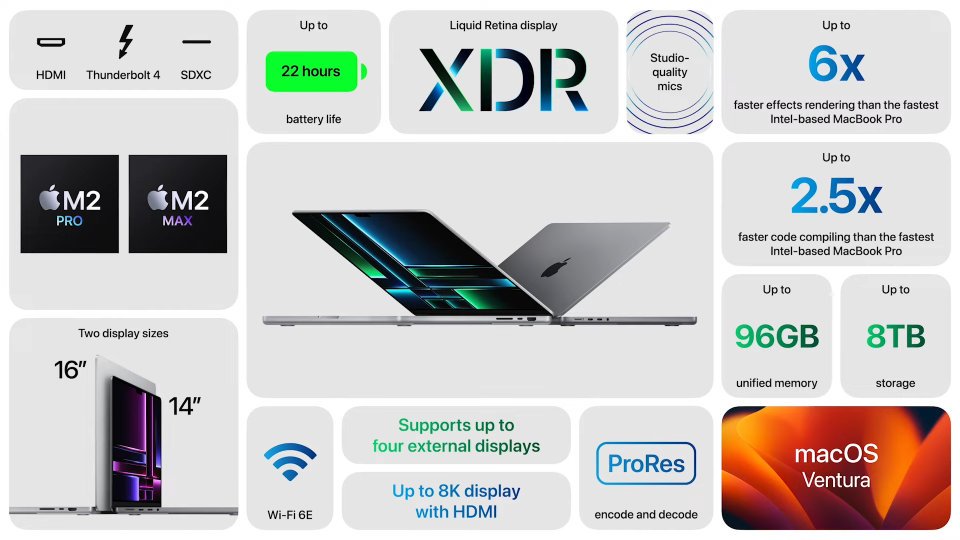 The MacBook Pro with M2 Pro and M2 Max

On top of its impressive power efficiency, the battery life on the MacBook Pro is now claimed to be up to 22 hours – Apple’s longest ever in a Mac. Advanced connectivity options are also available, including support for Wi-Fi 6E (which is twice as fast as the previous generation), and advanced HDMI connections that enable 8K displays.

The M2 Max model provides users with up to 96GB of unified memory, allowing them to work on scenes not possible on traditional PC laptops. Other features include Apple’s Liquid Retina XDR display, an extensive array of connectivity ports, 1080p FaceTime HD camera, six-speaker sound system, and studio-quality mics. 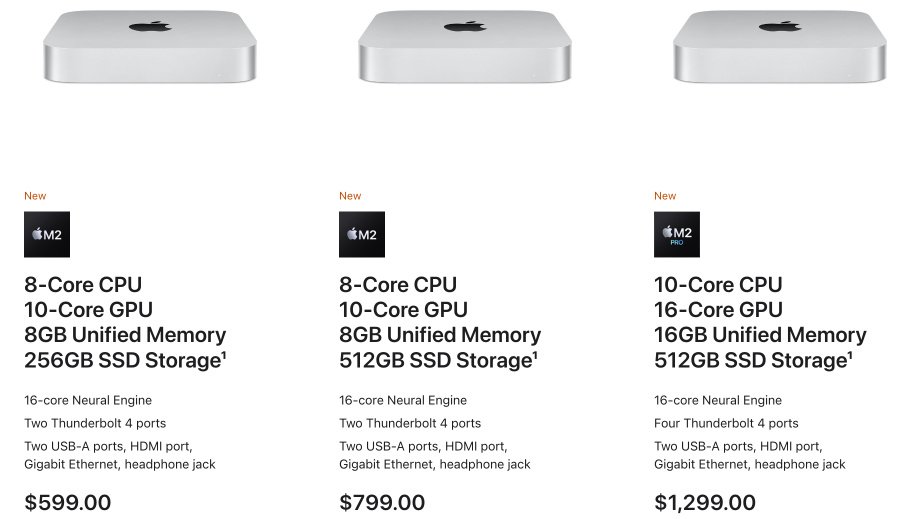 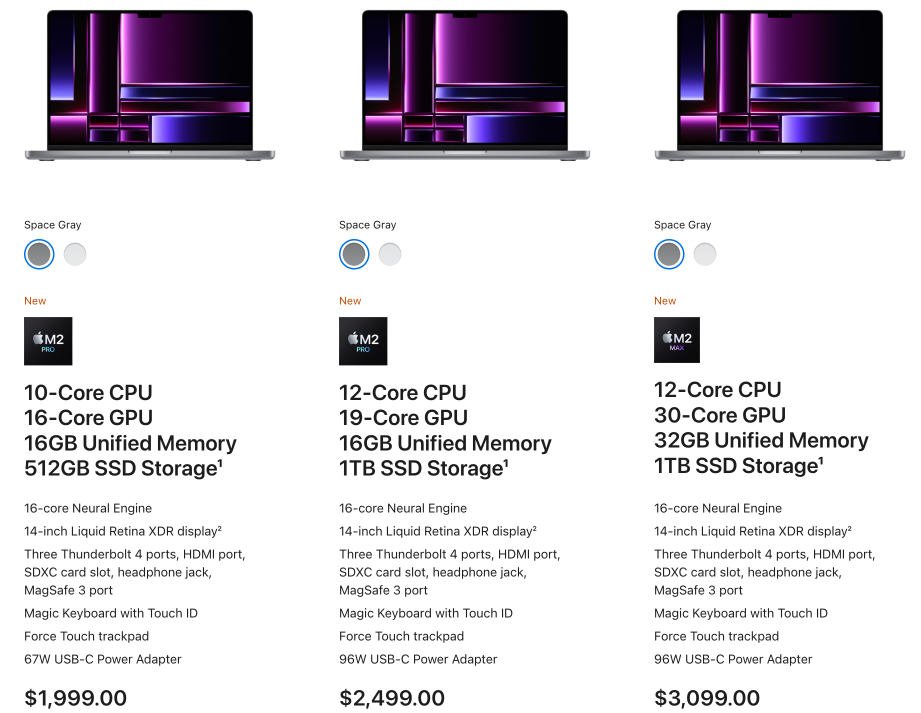 Ava is a content writer here at Mello Studio. She enjoys writing stories about technology, music, and everything in between.

How to Find the Right Music and Sound Effects for Your Podcast
January 17, 2023