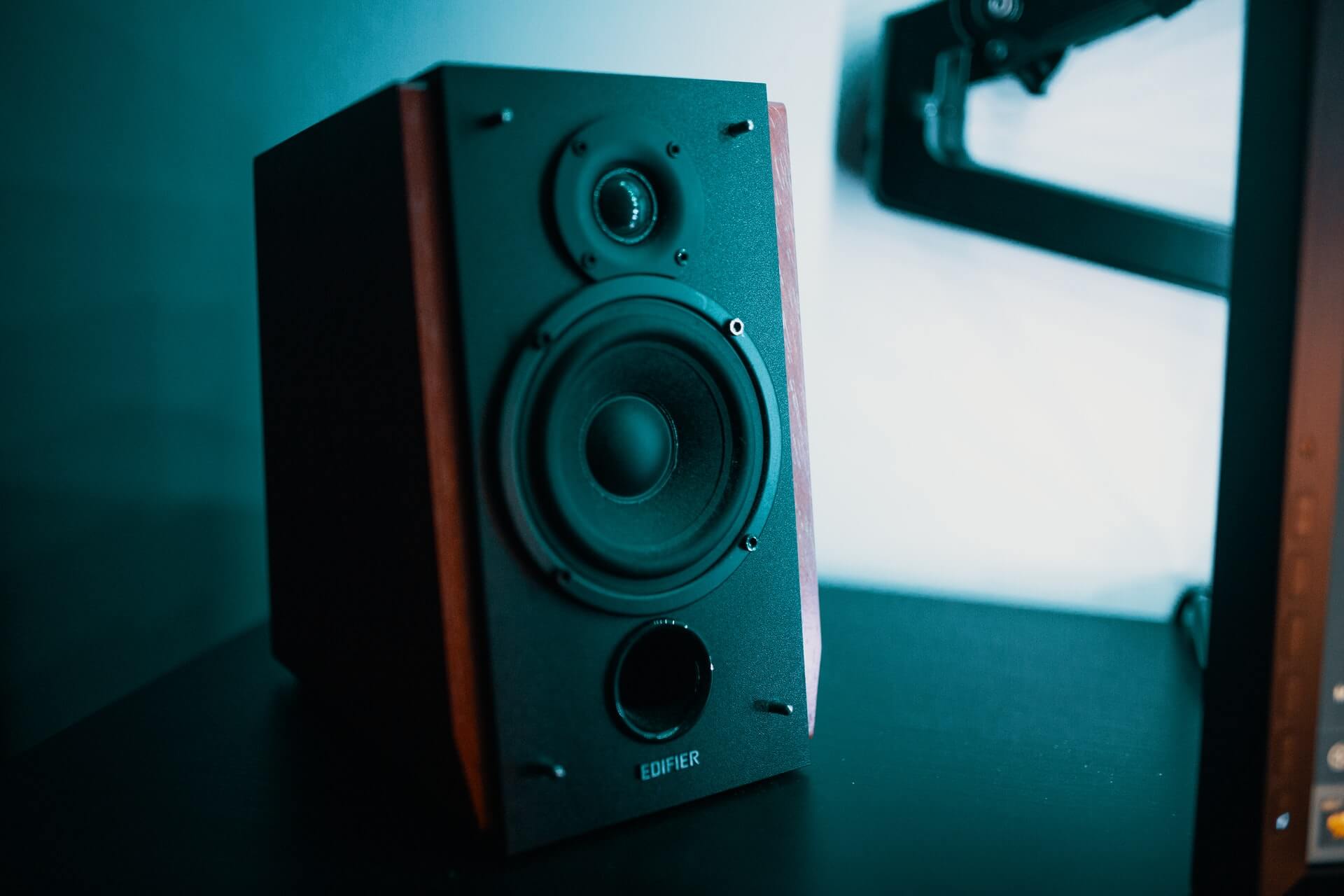 It’s very helpful to understand the mechanics of your tools in order to both fix issues and ensure that they are of the highest quality. This especially goes for speakers. In order to have the best sound emitting from them, you will have to understand the way they work and how air particles vibrate from them. At the basic level, a speaker is a transducer which converts a form of energy into another. Speakers take electricity and convert that into acoustic energy. Positive pulses result in the speaker moving forward while the negative pulses move it backward. This results in air molecules being compressed into groups and leaves behind an area of fewer molecules which is called rarefaction. These high pressure areas cause your eardrums to vibrate which becomes what you end up hearing.

There are various components to the speaker, in this case we’ll be talking about a piston-driven loudspeaker.

The first part is the cone. The cone’s job is to act as a diaphragm for the speaker. Is is often composed of paper or kevlar. The cone shifts forward and backward to create the aforementioned pressure waves which result in the sound being heard.

The second part is the dust cap. This part is mostly there to ensure that no dust gets into the voice coil since that could cause a lot of damage to the speaker. The shape of the dust cap could also change the way sound is generated and is often larger in diameter in bigger speakers.

Another part is the surround. This part acts as the stabilizing force to the cone so that it returns to its resting position. The surround attaches the cone to the frame gently in order to ensure flexibility and to allow the cone to move freely.

The foundation of the speaker is called the basket. This is known as the frame that the components are attached to so that it can be mounted into a box. It allows the speaker to be rigid and stable and is often the most durable piece in the speaker.

Another component is the magnet. This component is used to create opposing magnetic fields which create the vibrations that we are able to hear.

The last component is the voice coil. Which is a coil of wire that is attached to the apex of the cone. This part focuses on being the motive force to the cone by reacting to the magnetic field passing through it. It is often assisted by the spider which is a component made of (usually) cotton in order to accommodate the voice coil.

Magnets and the Voice Coil

There are two magnets in the speaker. One is the fixed magnet and the other is an electromagnet which is created by the voice coil. These two work together as the main components in vibrating the cone. A current is sent through the voice coil which creates an electromagnetic force, which then interacts with the fixed magnet around it to create vibrations. This works by changing the direction of the electrical current of the electromagnet which in turn causes a reaction that can result in either an attraction or a repellent force towards the fixed magnet. While a positive charge causes a push, a negative charge causes a retraction or a pull. This creates the pressure waves that we hear.

The waveform you see when you’re messing around with synths are basically a digital representation of how these soundwaves look like. The amplitudes are seen as a push motion. Say there’s a center line (0) where the speaker is at rest and the curve hits an amplitude of 1 and moves down to -1, repeating the pattern. This means that at 1, it’s at its largest push towards you. At 0, it’s at rest, and at -1 it’s at its largest retraction or pull.

Now that the amplitudes are explained and the basics of the waves covered. It’s important to realize the connection between frequency, pitch, and wavelength (space between 2 pushes in a cosine wave). In layman’s terms, this is how fast the speakers push and pull. The frequency is how many pushes and pulls it can make in a second, the wavelength is the amount of time between each push and pull, and the pitch is the resulting sound from the frequency. When you increase the frequency, the pitch also increases. The frequency is measured in Hertz, or to make it easier to understand, it’s one cycle per second. A cycle is when the wave (let’s say it’s a cosine wave which makes the cycle start from the amplitude and end at the next amplitude) completes a full pattern. This means it goes from a push, to a pull, and back to a push. The wavelength and the amount of Hertz are inversely related. As the wavelength increases, the amount of Hertz decreases which causes a lower pitch.

Now that you know the mechanics of how the waves function, it should be easier to digitally engineer them using your DAW or synths. You could compress the waves for a lower pitch or increase the amplitude to increase the volume, or maybe play around with the shapes of the curves in your own ways to create your own sound. For more articles such as this, visit Mello Studio’s website.

What is sonic branding and do you need one?
February 1, 2022