Web3: What is it and what does it mean to musicians? 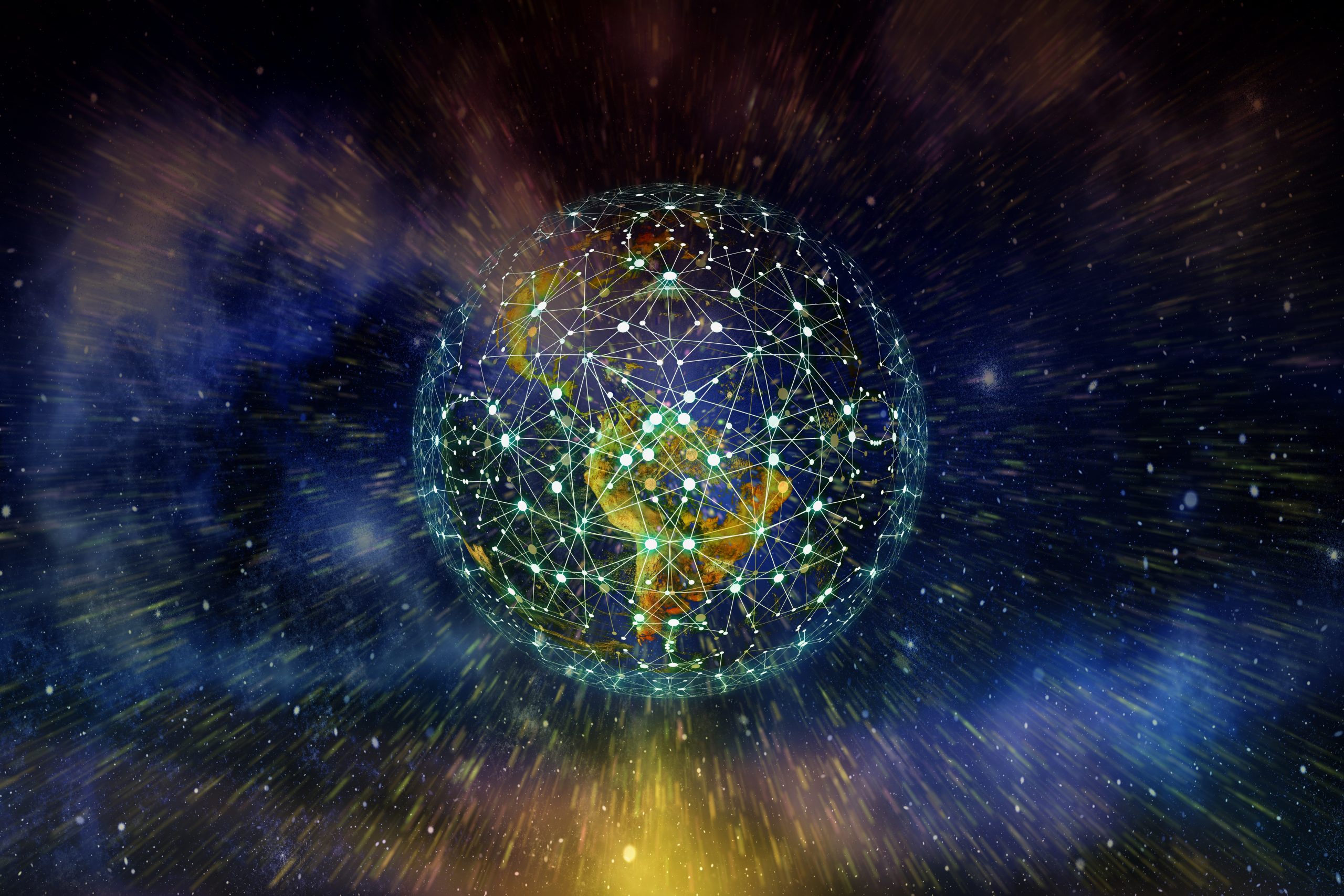 In previous posts, we discussed the emerging world of music NFTs. The first article (Here is a link for it) defined it, explained its promise, and studied its advantages and disadvantages. The second article examined sound.xyz, a platform to mint music NFTs. Additionally, it looked into the value provided by the platform to the artists and their fans (click here to learn more).

At Mello, we believe that musicians should never stop learning about the new technologies and trends of the industry. And while the lucrative financial rewards motivate creators to learn more about how to create and sell NFTs and use their platforms, our understanding of the topic will not be complete unless we understand the technology empowering these ultra-expensive products.

Therefore, in this article, we will have a sneak peek at the future on the internet and attempt to find out what it will look like for musicians.

The Evolvement of The World Wide Web

The first version of the web, which arrived in the early 1990s, was static. Web pages were composed of texts, images, and links and were not interactive. In other words – Websites were more or less consisting of read-only files.

Then came the next generation of the internet; Cloud-based, mobile, and social.

It introduced the ability to not only read but also edit internet files. This addition enabled people to create their own web pages on platforms like Tumblr and MySpace. And soon after, social media platforms including Facebook, Twitter, and Instagram came to light and took content sharing to new heights. But this came at an expensive cost, our personal data.

Tech giants are harvesting and using our data to create tailored advertisements which maximize their financial gains.

To understand how this scheme works, we need to go through the life cycle of social platforms. It starts with launching the app, onboarding as many users as possible, and eventually monetizing the user base.

So – our own data, which we have no control over, makes crazy money to these companies.

Mat Dryhurst, a Berlin-based artist and researcher who teaches classes at New York University on the future of the internet, puts it this way:

“There is a small group of companies that own all this stuff, and then there is us who use it, and despite the fact that we contribute to the success of these platforms, we do not have anything to show for it.”

Moreover, the growing power the CEOs of these companies have through hosting a vast portion of online content is starting to alarm many technologists and end-users.

But this is about to change – at least in theory – now that we have blockchains. The solution enthusiasts are presenting for these and other concerns, and the essence of a new internet, they call web3.

Web3 (also Web 3 and Web 3.0) is an umbrella term that refers to a vision of the future of the internet where power shifts from big tech companies to individual users.

In web3, decentralized protocols will help in reducing the dependency on large tech companies like Youtube, Netflix, and Amazon. And rather than using those tech platforms in exchange for personal data, web3 users can participate in the governance and operation of the platforms themselves.

In other words, other than just consuming the service, people will be participants and, more importantly, shareholders of these protocols.

How Web3 is Going to Work?

Instead of deploying it on a single server, Web3 developers build and run their applications, often referred to as Dapps, on decentralized networks of peer-to-peer nodes, also known as blockchains.

The peers compete to provide the highest quality services to the users. Therefore, they contribute to the existence and the stability of the network. And as a result, they get rewarded with cryptocurrency.

Here is why you, as a musician, want to pay attention to what web3 is all about: Participants, governers, and contributors to the projects that use the network also get rewarded with cryptocurrencies.

Here how Esther Crawford, a senior project manager at Twitter, describes how incentives in web3 work:

“All the value that is created can be shared amongst more people, rather than just the owners, investors, and employees.”

There are more aspects of Web3 that are in the interest of musicians, artists, and creators. Like, for example, how it is trustless and permissionless.

In simple words, trustless and permissionless networks allow participants to interact publicly or privately without the need or the authorization from a trusted third party (think Spotify between musicians and their fans).

Additionally, since it relieves us from the hassle of going through the traditional, long, slow, and expensive payment methods, we would probably like the borderless and frictionless native payment layers facilitated by blockchain and cryptocurrencies.

In web3, all you need to send and receive money is a digital wallet downloaded on your phone or browser.

And now the bad news. As much as we like to be excited about the tools and the technologies that support artists and creators, we also want to be objective and balanced. Therefore, the rest of the article will discuss the noticeable criticism of Web3.

First, it might be just a buzzword. Some people, including Elon Musk, the famous entrepreneur and business magnate, are simply not seeing any web3. Musk thinks it is “more like a marketing buzzword than a reality right now.”

Moreover, some people believe that “blockchain projects are decentralized in name but not in substance.” and that those projects are nothing more than VC-backed investments or decentralized finance protocols where just a few people hold the keys to hundreds of millions of dollars.”

Among those people is Twitter co-founder who tweeted about who will own Web3, saying that “investor class will own it, as usual”. Furthermore, he described Web3 as “a centralized entity with a different label.”

In this context, it is worth mentioning that OpenSea, one of the marketplaces we use to trade NFTs, was recently valued at $13.3 billion (Link here). Does this mean that the big winners of web3 are, in fact, big businesses?

And it gets worse. Moxie Marlinspike, the creator of signal and former head of Twitter security team, revealed that most of the NFTs we buy are not on the blockchain. Ironically, what the blockchain holds is just a link (URL) that points to a machine running a server. He says that anyone with access to that machine, or anyone who buys that domain name, can change the file, title, and description of the NFT to whatever they would like.

He adds that those NFTs are also not stored in our digital wallets, and these wallets are just using an API to display the NFTs. So when the NFT is no longer hosted by whoever is hosting it, it will disappear from the wallet of whoever paid for it and thinks he owns it.

These issues reflect a fundamental problem. Although Blockchains are networks of peers, their design does not allow our browsers or mobiles to be one of those peers. In his blog post, Moxie elaborates on his findings and first impression of web3 (click here because you want to know this).

There are also other concerns related to music-related web3 applications that, for example, distribute royalties and create licensing agreements. As we examine those projects in a future article, we will look at those concerns.

Web3 aspires to make peer-to-peer interactions the essence of the internet, leading to new business and social models.

As a theory, it retires centralized platforms, servers, and authorities as to the key managers of information and value flow and replaces them with new projects where users own their data, identity, content, and algorithms.

The result, as we hope, is a shift that takes power and money away from centralized – Web 2.0 – gatekeepers such as big tech companies and governments. And distribute it among users who are using a new trustless web to trade value and information and work with global counterparties they do not know or yet explicitly trust.

To musicians, this means that the middle man may not take the larger piece of the pie in the future. And that future technology could work in our favor, providing us with more livelihood from our music and more time to create more of it. There is more about this in a future article that will talk about music projects that are currently floating in the space of Web3 — stay close!

Are you an artist who wants to harness the power of the internet and use it to make your art heard around the world? We at Mello Studio are thrilled to help. Contact us today.